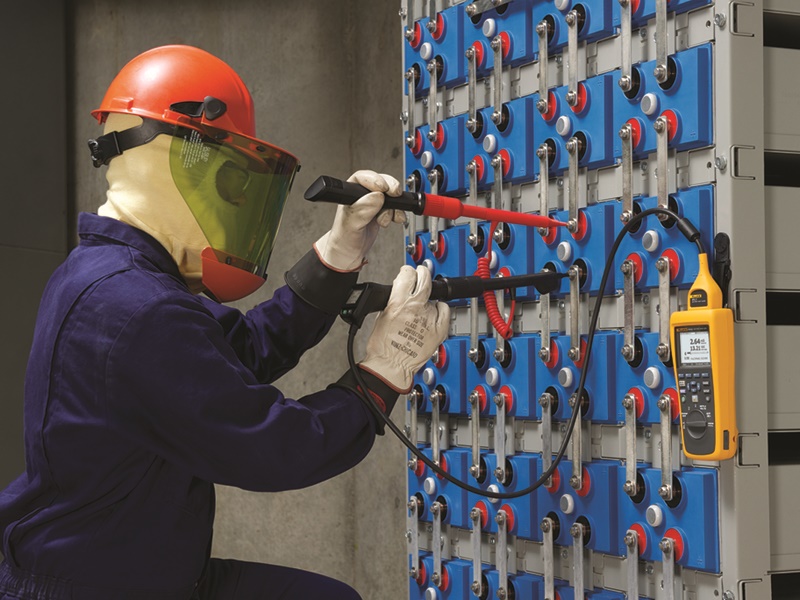 Standby battery backup systems play a critical role in keeping essential operations functional in the event of a utility outage.

Most backup power systems use an uninterruptable power supply (UPS) and a string of batteries. The UPS backs up the digital control system (DCS) to keep control of plant operations until systems can be safely shut down or until the auxiliary generator kicks on.

Although most batteries used in modern day UPS systems are “maintenance free,” they are still susceptible to deterioration from corrosion, internal shorts, sulphation, dry-out, and seal failure. This article outlines best practices for keeping these “battery banks” at optimum performance, so that if an outage does occur, the backup is ready.

Internal resistance is a life-span test, not a capacity test. Battery resistance stays relatively flat up until the end of life draws near. At that point, internal resistance increases and battery capacity decreases. Measuring and tracking this value helps identify when a battery needs replacing.

Only use a specialized battery tester designed to measure battery resistance while the battery is in service. Read the voltage drop on the load current (conductance) or the AC impedance. Both results will be in ohmic values.

A single ohmic measurement is of little value without context. Best practice requires measuring ohmic values over months and years, each time comparing them to previous values on record to create a base line.

Discharge testing is the ultimate way to discover the true available capacity of a battery but can be complicated to perform. In discharge testing, a battery is connected to a load and discharged over a specified period. During this test period, current is regulated, and a constant known current is drawn while voltage is measured periodically. Details of the discharge current, the specified time period for discharge testing, and the capacity of the battery in ampere hours can be calculated and compared to the manufacturers’ specification. For example, a 12V 100-amp hour battery may require a discharge current of 12A for an eight-hour period. A 12V battery would be discharged when the terminal voltage is 10.5V.

Batteries cannot support critical loads during and immediately after a discharge test. Transfer critical loads to a different battery bank until well after the test is complete and then reconnect a temporary comparably sized load to the batteries under test. In addition, before conducting the test, prepare a cooling system to compensate for a rise in ambient temperature. When large batteries discharge, they release a significant amount of energy expended as heat.

Healthy batteries should maintain a capacity above 90% of the manufacturer’s rating; most manufacturers recommend replacing the battery if it falls below 80%. When conducting battery tests, look for these indicators of failure:

How to conduct standard battery tests