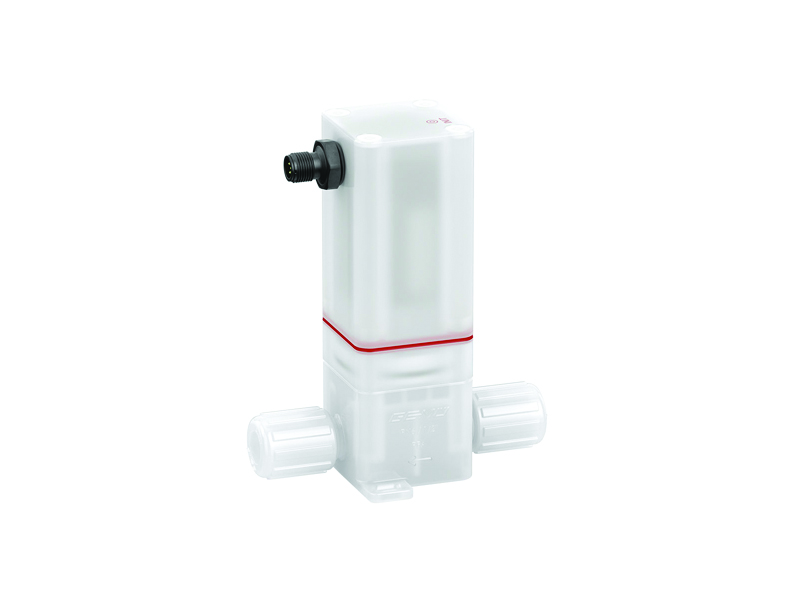 The semiconductor industry places stringent requirements on valves, measurement and control systems. Pneumatically operated valves are to an increasing degree no longer able to comply with the control requirements of leading process equipment manufacturers. For this reason, GEMÜ has developed the motorized GEMÜ C53 iComLine control valve.

The 2/2-way diaphragm globe valve GEMÜ C53 iComLine was developed for precise and demanding control applications in semiconductor production. The sealing concept of the valve is based on the tried-and-tested GEMÜ PD design, with actuator and medium separated by a regulating cone made of resistant PTFE. As the regulating cone contour, actuator stroke and connection size can be customized to meet customers’ requirements, the GEMÜ C53 iComLine satisfies virtually all control and flow requirements of the high-tech semiconductor industry. Thanks to the combination of the precise stepper motor with ultra pure body materials, the valve is particularly suitable for lithography, CMP and etching processes, as well as applications in the analysis field of any semiconductor production process.

The GEMÜ C53 iComLine diaphragm globe valve cannot only be installed as a simple 2/2-way valve. It can also be integrated into a GEMÜ PC50 iComLine M-block in order to realize complex flow charts using minimal space. For example, when machining silicon wafers, a multi-port valve block can be used in a FOUP cleaner to control the temperature of the DI water. In addition, check valves and sensors can be integrated into the GEMÜ PCi50 iComLine M-block.