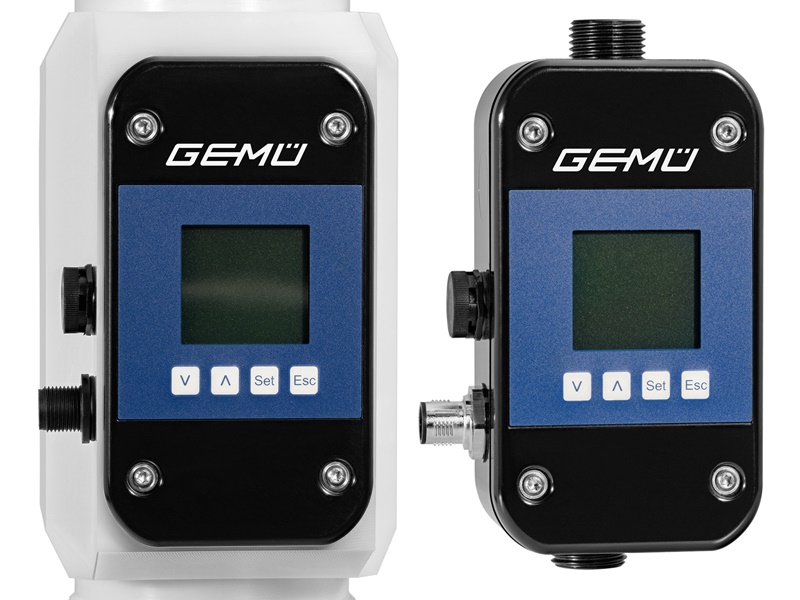 The new GEMÜ 3040 ultrasonic flowmeter can be used to determine conductive and non-conductive volumetric flows of liquids in a contactless process.

The GEMÜ 3040 ultrasonic flowmeter is distinguished by its suitability for a wide range of nominal sizes (DN 10 to 50), its lack of moving parts in the media-wetted area and its increased accuracy and reproducibility of measurement results. The device can be used to measure both conductive and non-conductive media within a pressure range of 0 to 16 bar with an accuracy of 2% of the current measured value. The flowmeter can be used in a temperature range of between -10 °C and 80 °C.

Its high-quality plastic body means that the flowmeter can be used for corrosive media, such as acids and alkalis. Its use in cooling circuits, chemical processes and water supply projects make up just a small part of the GEMÜ 3040’s diverse areas of application.

The illuminated display, which is installed as standard, means that programming can be carried out directly on-site. In addition, all of the important operating parameters can be read directly on the flowmeter and it comes with integrated empty pipe monitoring and a quantity measuring device as standard. In order to optimize integration into different applications, all of the standard electrical and mechanical connections are also provided.

As sensor systems are also often used in control circuits as part of process automation and monitoring, the GEMÜ 3040 measurement device can be combined with a GEMÜ valve and GEMÜ positioner or process controller to form a complete pressure control system.