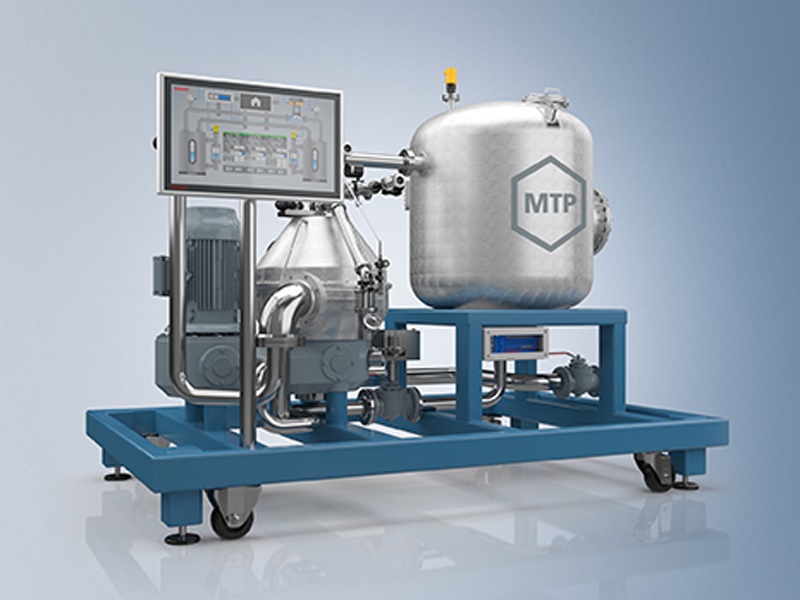 The Module Type Package (MTP) is a modern solution for modularizing plants in the process industry. It defines an interface for easily orchestrating and connecting modules to a higher-level control system. With the new TwinCAT MTP, TwinCAT automation software from Beckhoff helps create MTP projects with automatic code generation, paving the way for efficient module development integrated into the TwinCAT Engineering Environment.

The MTP concept is based around intelligent modules with their own control system. It describes an interface between the module controller and the higher-level orchestration. This task can be handled by the so called Process Orchestration Layer (POL) which can be represented by for example a Distributed Control System (DCS). The MTP itself is a module description in the form of an archive file, which is exported from the module engineering and imported into the higher-level control system. It contains all information required for the POL to establish data exchange with the modules via the OPC UA communication standard.

TwinCAT MTP integrates the engineering of MTP-capable modules for processing plants directly into the familiar TwinCAT Engineering Environment. It offers the full range of options from module definition, import/export of an MTP to automatic code generation. This can be customized for specific users via multiple interfaces to enable extensive automated project planning. This new TwinCAT functionality minimizes the required guideline expertise for users so that module developers can focus on the actual control logic.