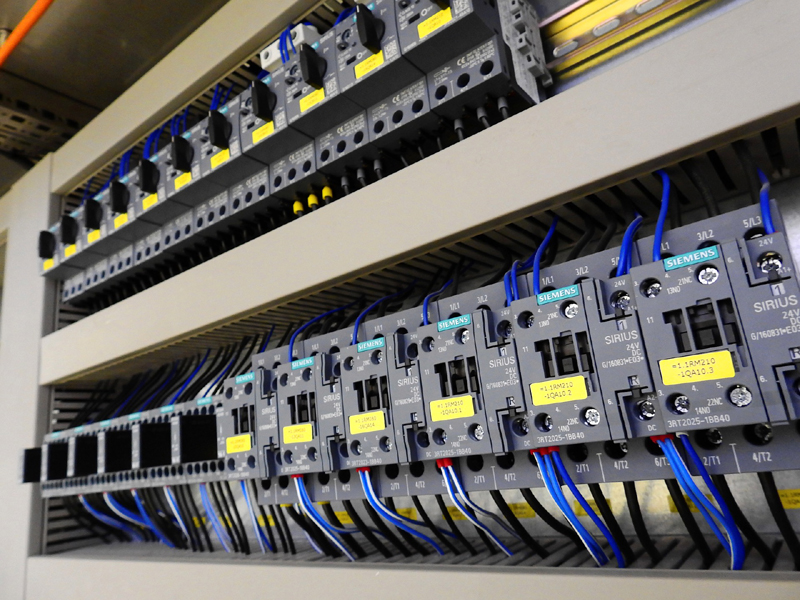 The Natref petrol refinery, located in the industrial region of Sasolburg, was commissioned in 1971 and is one of South Africa’s oldest inland refineries. Historically, engineers at the refinery have had difficulties monitoring the operations of circuit breakers at the refinery’s substations, leading to increased maintenance costs and unplanned downtime. Here, Ian Loudon, international sales and marketing manager at remote monitoring specialist Omniflex, discusses how alarm annunciators and sequence of events recording came to the aid of plant operational managers at the refinery.

The Natref petrol refinery, a jointly owned venture between Sasol and Total, has been at the cutting edge of refining technology ever since its inception nearly half a century ago. Because the local market for heavy fuel oil is limited, Natref is designed to get the most out of crude oil. By optimising its use of the bottoms upgrading refining process, Natref can produce 70 per cent more white product than coastal refineries, which rely on heavy fuel oil.

Across the 17 substations situated on site at Natref, automatically operated circuit breakers are used to protect electrical circuits from damage in the event of a short circuit or system overload. They do this by interrupting current flow if a fault is detected. Unlike a fuse, which can only be used once before being replaced, circuit breakers are reset to resume normal operation. However, they have a finite operating life and can only be reset a certain number of times before being replaced.

Being unable to detect and record faults in the system led to increased maintenance costs because engineers weren’t aware of issues until they were serious enough to cause system failure and unplanned downtime. To overcome these problems, the plant managers at Natref engaged Omniflex to provide a way of monitoring and recording circuit breaker activity.

Omniflex’s solution implemented alarm annunciators that monitored circuit breaker operations and sequence of events logging that recorded events at the substations to better than 1 millisecond. The data is timestamped and recorded on a built-in SD card to produce an electronic data repository for auditing purposes. The biggest benefit is narrowing down the root cause of the trip by recording the sequence of events down to 1 milli-second resolution, improving fault finding performance.

Each substation has a GPS time synchronisation module which updates and synchronises time across the entire system so time in one substation is the same in the next, allowing useful comparisons to be made across the plant on a unified time-base.

By adopting this technology at its substations, plant managers at Natref can reduce maintenance downtime, implement a predictive maintenance programme, replacing circuit breakers as they reach the end of their service life and minimising unplanned downtime. Furthermore, by tracking all circuit breaker trips, problem areas in the system can now be identified by looking at repeated circuit breaker trips that would have previously gone unnoticed or undocumented. Omniflex is a specified technology partner of the Natref refinery for providing this Alarm and Sequence of Events technology.