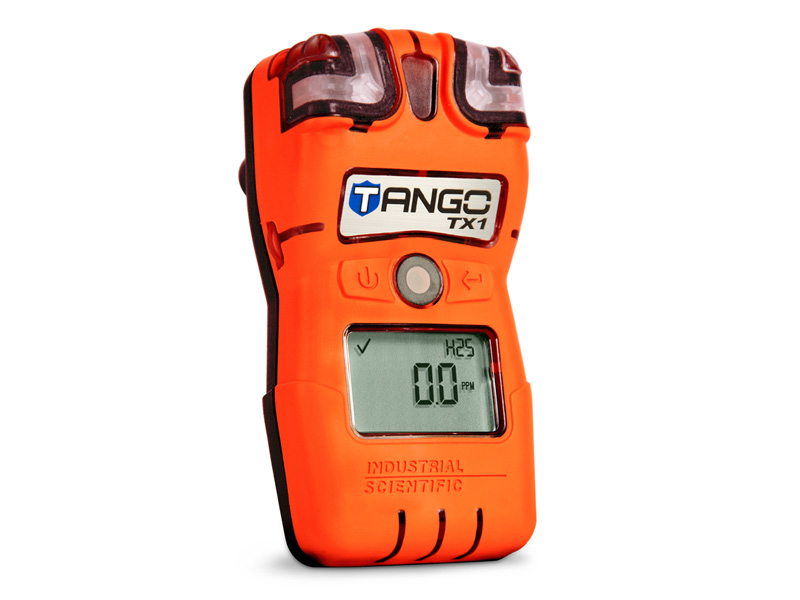 Workers in the oil & gas industry encounter a wide range of dangers in inherently risky environments. Many of the environments can be hazardous in which workers are at risk of exposure to dangerous gases.

Most common of these gases is hydrogen sulfide (H2S). H2S is a colorless gas that is known by its characteristic rotten egg-like odor. Because it is a naturally occurring gas contained in many of the world’s crude oils, it can be found in just about every aspect of the oil & gas production process.

Every process, from exploration and drilling to refining, demands personal monitoring of this deadly gas. Another dangerous gas often present in the oil & gas industry is sulfur dioxide (SO2). SO2 is a colourless gas with a characteristic, irritating, pungent odor.

Capable of detecting H2S or SO2 as well as CO, or NO2, is the all-new Tango™ TX1 single gas monitor with DualSense™ Technology. Prompting the development of the Tango was a study of more than 2.2 million iNet® data points and 25,000 gas detectors used in the field over a two-year period revealing the inability of many gas detection users to adequately bump test their instruments.

The Tango uses two identical sensors to detect the same gas. The two readings are processed through a proprietary algorithm and displayed as a single reading to the user. Workers in the oil & gas industry wearing the Tango are 85 times safer than they would be using any other single gas monitor available today, regardless of bump test frequency. With the sensor redundancy of DualSense Technology, users of the Tango do not have to worry whether or not their gas detector will keep them safe in the field.

The Tango is powered by one replaceable 2/3 AA lithium battery that will power it continuously for three years, even if the instrument is being used in the optional “always on” mode. After the battery can no longer support instrument operations, it can be easily replaced and another three years of continuous operation. With a three-year instrument warranty, three-year CO and H2S sensor warranty, and two-year SO2 and NO2 sensor warranty, the Tango is the most cost effective instrument on the market today.