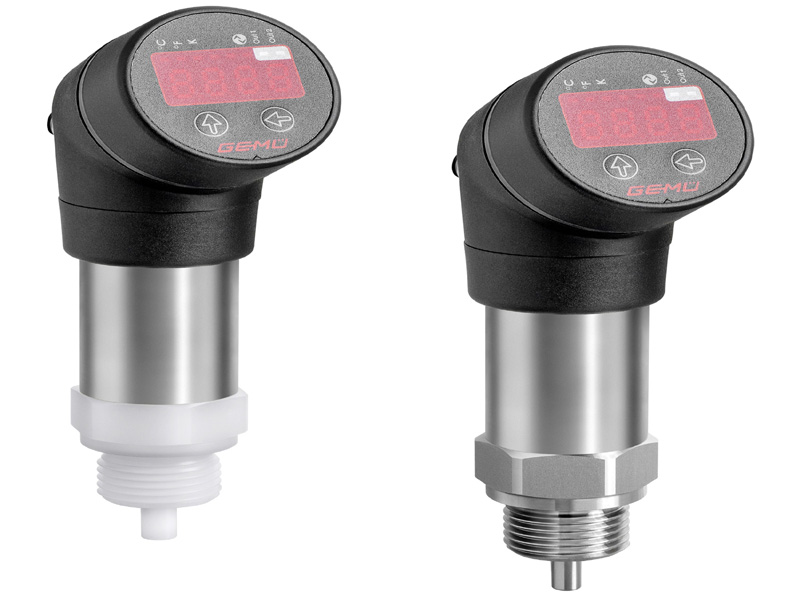 The new GEMÜ 3240 temperature transducer/switch now allows precise temperature monitoring in systems and piping across an even broader measuring range.
The GEMÜ 3240 temperature transducer/switch supersedes the existing GEMÜ 3220 product range with immediate effect. The new sensor’s high-quality measuring cells are able to withstand media temperatures of between -40 °C and +150 °C and operating pressures of up to 160 bar while maintaining an accuracy of 0.35% FSO.
In addition to the considerably broader measuring scope, the new series scores highly in terms of its wide range of features. For demanding acid/alkali applications, all media wetted parts are available with PVDF encapsulation, for example.
IO-Link for intelligent networking
With an IO-Link interface, the GEMÜ 3240 temperature transducer/switch can be used centrally to automate and monitor processes. This is beneficial for system networking, for example, as it makes components compatible with one another and facilitates parameterization and data transmission.
The rotatable LED display is another advantage: The 4-digit display allows the current operating parameters to be viewed in any installation position.
Versatility
The new GEMÜ 3240 temperature transducer/switch can be used for a wide variety of applications. The sensor is a reliable temperature measurement and control instrument for use in cooling circuits or for monitoring sterilization processes. It is suitable for a huge variety of media, such as highly viscous or contaminated media. In addition, the high-quality material from which the sensor is made means that it is able to withstand even chemically corrosive media.
With its 3140-series pressure transducer/switch, which it launched back in 2018, GEMÜ has already been able to boast state-of-the-art measurement systems for measuring and controlling pressure. This device is now joined by the new temperature sensor, which broadens the scope of the measurement and control systems range.